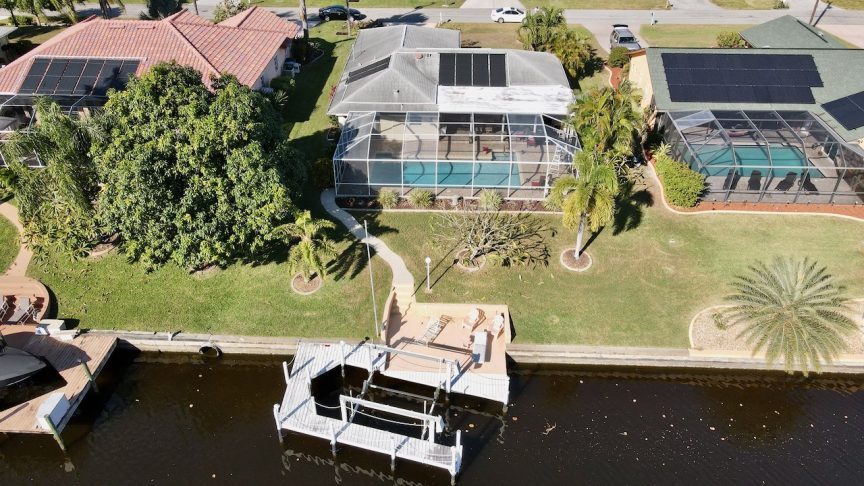 Polybutylene is a grey plastic used for water pipes in homes as a cost-saving measure from 1978 to approximately 1996. Pipes made from polybutylene were installed in up to 10 million homes in the United States.

Why is polybutylene prone to failure?

Manufacturers claim that the majority of leaks occur at joints and unions, which is where a leak would likely appear if a pipe were improperly installed. However, studies have shown certain disinfectants can react with the polybutylene and cause it to flake apart at any location within the PB piping system. Small fractures can deepen over time, eventually causing the pipe to leak.

Can you get homeowners insurance with polybutylene pipes?

Some insurance companies will insure your home, but with a higher premium. It’s also dependent on the age of the piping since it’s believed the risk of leaks is higher with age. In other instances, insurance companies have required buyers to take out a special policy rider at closing and replace all the pipes in the home within a certain time frame.

Most likely, however, inspectors can only report what they see. It’s common to have standard copper connectors and fittings at sink connections, which may cause an inaccurate assessment of the pipe material in use. The polybutylene pipe may be hidden within the wall. Be sure to inspect the pipe within attics and walls if possible.

It was gradually recognized that certain properties of aluminum were causing problems with connections, and occasional electrical fires resulted from overheating of those connections.

Aluminum is relatively soft, and as temperature increases, expands more than the metals from which connectors are made. When current flows through a connection, the connection becomes warmer. The expansion of the aluminum, confined under a screw terminal, generates tremendous pressure so that the metal “flows” into the empty spaces in the connector. When the electrical load is removed, the aluminum cools and contracts, and a gap forms between the wire and the connector. The slightly loose-fitting connection now has a higher resistance, and more corrosion forms in the gap, further increasing the resistance. The next time a heavy load is applied, the connection becomes even hotter, and so on, until one day the connection may burn out, or surrounding material may ignite.

Why was aluminum wiring used?

When the price of copper climbed to the sky, aluminum became more economically attractive. An aluminum version of type NM non-metallic sheathed cable (the common house wiring cable) became available and was widely used through the 1960s and until around 1972.

2. COPALUM CRIMP. A type of pigtail connection whereby copper is “crimped” with the existing aluminum. If every connection is corrected this way, it is considered a complete and permanent repair. (labor high cost)

3. Tighten Connections. This is not a permanent correction. Re-tightening must re-occur every year or two. (lower cost)

Old lead-based paint is the most significant source of lead exposure in the U.S. Most homes built before 1960 contain heavily leaded paint. Called lead the “number one environmental threat to the health of children in the United States.” Humans are exposed to lead in many ways. These can be through air, drinking water, food, contaminated soil, deteriorating paint, and dust.

Lead Paint Banned in the USA

Use precaution if your home contains lead-based paint

Humans can be poisoned during unsafe renovations or repainting jobs on housing that has lead paint. Therefore, homeowners are encouraged to carefully stabilize any deteriorated (peeling, chipping, cracking, etc.) paint in a lead-safe manner.

Asbestos is a mineral fiber. There are several types of asbestos fibers. In the past, asbestos was added to a variety of products to strengthen them and to provide heat insulation and fire resistance.

From studies of people who were exposed to asbestos in factories and shipyards, we know that breathing high levels of asbestos fibers can lead to an increased risk of:

Where Can Asbestos Hazards Be Found In The Home?

What Should Be Done About Asbestos In The Home?

According to the United States Consumer Product Safety Commission THE BEST THING TO DO WITH ASBESTOS MATERIAL IN GOOD CONDITION IS TO LEAVE IT ALONE!

Older home wiring can suffer from insufficient numbers of plugs and circuits. Not having enough plugs can simply be inconvenient. The larger and more expensive issue is not enough circuits. Each circuit can only handle a certain amount of load. If the same circuit needs to support several lamps, a vacuum cleaning, or other appliances that draw significant power at the same time you may find your breakers tripping regularly.

Using more energy-efficient appliances like LED light bulbs may help. Long term, adding more circuits is the best solution but can be costly. It will require accessing the insides of walls and running new wire and possibly a new circuit panel or utility connection upgrade. Homes will accessible attics or basements made the rewire job easier and less damaging to the drywall of your home.

The purpose of insulation in any house is to regulate the flow of heat inside a home. In the winter, if a house is properly insulated, it will retain warmth and keep the energy bills low. In the summer, it will allow the house to be cooler.

Older homes may not be insulated as much as newer homes, especially in the attic. Homes in SW Florida are typically constructed of concrete blocks with a radiant barrier between the block and drywall. Even by modern standards, this is considered adequate. The issue with older homes is insufficient insulation in the attic. In the summer a hot attic will increase your cooling cost significantly. Blown-in insulation is an excellent solution to create a barrier between the interior and the hot attic.

Adding additional blown-in insulation on top of the existing insulation in your attic. This can be done by a professional for a few thousand dollars or less costly as a DIY project by renting a machine from your local hardware store.

Misuse of a cast iron sewer pipe will ruin life expectancy. That can take the form of grease being introduced into the drain system, or highly acidic or alkaline wastewater.

If your home is on the coast of Florida, saltwater intrusion can also cause premature failure.

Have a home inspector scope the sewer line for signs of failure. Replacement requires digging up the entire line and replacing it with PVC. Fortunately, due to the Florida weather, the sewer line is not typically buried as deep vs northern states with frost line issues.

Why were Clay pipes ever used?

Clay pipes have been used for a long time around the world. Clay has always been available to be mixed with water, formed into pipes, and fired in a wood- or coal-fired kiln to become vitreous or glasslike and impermeable. This process makes the clay pipe sturdy and resistant to chemicals. They can also handle a lot of fluid pressure and the pipes are environmentally friendly.

What is the problem with Clay pipes?

They can crack under pressure. They have to be put together with joints. Tree roots love to grow between those joints, making the pipes break and crumble. Clay pipe can also snap when the ground shifts.

Should you replace your Clay pipes?

Only if you’re having a problem such as…

Dig up the old pipe and replace it with modern PVC.

WHAT IS “CHINESE DRYWALL”

Some U.S. homes built between 2001 and 2009 (an estimated 100,000 homes in more than 20 states) had or have defective drywall. Although Defective Drywall issues are less prevalent in today’s market, the problem still persists. Some consumers who live/lived in these homes have reported problems, including a strong sulfur smell, like rotten eggs; health issues, like irritated and itchy eyes and skin, difficulty breathing, a persistent cough and headaches, and premature corrosion or deterioration of certain metal components in their homes, like air conditioner coils and wiring behind electrical outlets and inside electrical panel boxes.

Keep in mind that ANY HOME may have Defective Drywall (if it was built OR Remodeled after 2000). In some circumstances, mixed supplies of drywall from different manufacturers may be found in the same home——some good drywall and some defective drywall. Some homes have been “Remediated” to address defective drywall issues, but sometimes the remediation is only partially done”.

In many instances, a home must be entirely “stripped down” to the framing stage, replacing all electrical outlets & panels, replacing all appliances including, A/C, water heater, stove, refrigerator, washer/dryer, etc., etc. Some remediation that has been done in homes “ONLY” included replacing the Defective Drywall.

Google Rating
5.0
Based on 3 reviews

Aurie Wilk
20:30 07 May 22
I highly recommend Nick Nolan for anyone searching for a new home in this explosive Florida market. Nick is very knowledgeable, informative, & detailed oriented. He is a good listener, very patient, & makes an effort to understand what is important to you. I couldn't recommend him more.

Jon M
21:31 04 Aug 21
Nick is professional and responsive. I'd recommend anyone searching for a new home to work with him. Thanks for everything, Nick!

Doug Roberts
16:29 23 Jul 21
Nick Nolan is a quality guy who is responsive and essence of calm. He will do what he can to help find what you need with no pressure. A true pleasure to work with!
See all reviewsWrite a review